Pokémon GO is fun and addictive, everybody knows it, you can easily play it all day. This augmented-reality game is the biggest thing to hit smartphones since long time ago.

This new phenomenon makes young (and not that young people) hanging out in parks during the whole day, touching their phone screens and screaming every time they catch a new Pokemon. Generally, these people gather in one spot with their eyes fixated on their phones during long periods of time.

Pokémon Go is a simple location-based game in which users are encouraged to explore their surroundings to catch Pokémon, collect items, and battle gym leaders. Believe or not, this game has been a total success and it’s the App with more downloads historically within the first week of release, making it a perfect business for Niantic (the developing company).

To make the best out of this game, your phone will need a good network and GPS connectivity. To enjoy at its best your phone will require a camera and gyroscope (however, it’s not completely needed), and a large battery. If you already have a phone with this requirements, perhaps you just only need a 20000+ mAh Power Bank to play Pokemon GO and get you through the day.

Thinking about those requirements, here are our top 5 smartphone choices to get the best out of Pokemon GO. We combined the best quality-price phones 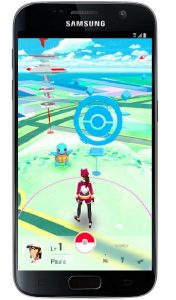 These phones are probably one of the best phones in the market to play Pokemon GO. The Galaxy S7 has a 5.1″ screen, while the Galaxy S7 edge features a 5.5″ dual edge display. Big screen with a perfect resolution (2560×1440) will make you feel you are catching real Pokemon.

The Sony Xperia Z5 Compact is one of the most advanced phones in the market. With a beautiful design, the front and back surfaces are made of a really nice material, it doesn’t feel like cheap plastic. It’s got a slick glass body with a hard plastic bumper around the edge.

Water and dust resistant design keeps you going even in a downpour.

Up to two days of battery life** on a single charge.

SIM Unlocked means no contracts or commitment to a Specific carrier.

The 23 megapixel camera of the Sony Xperia Z5 Compact is one of the main selling points, and it’s by far the one of the best cameras available for smartphones. Another good feature of this phone is the GPS, the phone is barely warm to the touch when you use it. 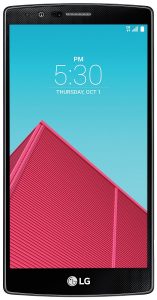 The 5.5 inch IPS Quantum display on the new LG G4 is brighter, more colorful, and has more contrast than ever before. It’s the boldest and most brilliant yet, kind of like the LG G4 itself. Some of the specifications are:

Compatible with both GSM and CDMA carriers.

User removable/replaceable 3000 mAH battery, Swap out to a fully charged battery in an instant! (one battery included in box – additional batteries sold separately).

One of the cool things about the LG G4 is that the back is real leather. The leather is tightly bond to the phone, looks not much different. And it actually makes it not that slippery, feel good/more control.

This is one of the favourite smartphones in the market due to its quality-price; arguably the best performance for the best price. Motorola Moto G 4th Generation is built to keep up. With an octa-core processor, you’ll have more than enough power to run Pokemon GO today and new updates down the road. Run multiple apps at the same time without slowing down. The new Moto G runs at 4G speed, so you can get to the good stuff faster.

Offers and ads, including personalized deals and recommendations, display on the phone’s lockscreen.

Take brilliant photos with the 13 MP HD camera or snap group shots with a 5 MP wide-angle selfie cam. Add up to 128 GB of additional storage with a microSD card.

The all-day battery includes TurboPower charging which provides up to 6 hours of use in just 15 minutes.

Unlocked and carrier-friendly, works with all major carrier networks domestically or abroad.

Prime members get unlimited access to Prime movies and TV shows, Prime Music, Prime Photos storage, deals, and more with a pre-installed selection of Amazon apps, including Amazon Underground where over 2,000 premium apps, games, and in-app items are 100% FREE.

Some of the strengths include an excellent screen, great camera, clean and smooth Android 6.0 and compatibility with most of networks. So, if you are tight on money, perhaps the Motorola Moto G4 is your choice.

#5 BLU Studio One Plus 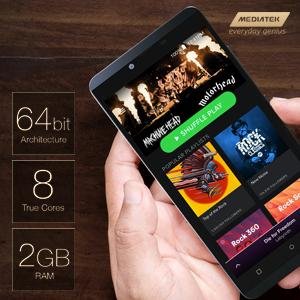 The BLU Studio One Plus is a bargain, together with the Moto G4, the cheapest choice for a really good Pokemon GO performance. The Octa Core Processor is great for andling few oppened applicatiosn at the same time.

The BLUE Studio One Plus is slim, with metal borders (unibody design), nice glossy plastic finish at back. There are 2 raised dots beside the speaker grill to prevent the sound from getting muffled when placed on a flat surface.(Great Idea). The buttons provide a good tactile feedback. Only problem is it is hard to peel the back cover and then set it back to sit push against the metal borders.