So a bunch of the guides I have seen aren’t outdated, but haven’t been updated with newer monsters so here we go.

Giants is the bread and butter of Summoners War. Even after some useful runes got removed from it and placed elsewhere, it is still the best idea to stay here for most of your early, mid and even late game. A general rule of thumb that I have heard which I agree with is “don’t farm dragons until you have a monster with over 250 speed.” While I don’t agree with the exact number, it is a pretty good tip because it means that if you have the runes to get a monster up to 250 speead, your other runes that you have gotten in the meantime while farming Giants should be pretty good as well. 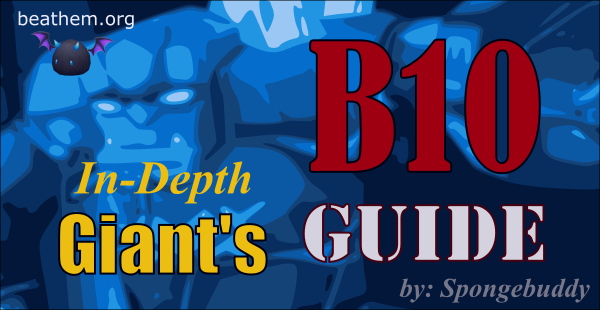 Provides Glancing on the first skill, slow on the second, and an almost indefinite Atk/Def buff for the team on the 3rd. Very important monster on even late game GB10 teams.

Provides heal and cleanse all in one move. Great alternative for Veremos if you don’t have him, or can even be paired with him to make your run even more secure.

Speed buff and atk bar boost for the team, and atk/def break. Makes the run faster, but more importantly give the boss less turns.

One of the most versatile monsters in the game. This monster is easy to be overlooked by early game players, but the def break, buff removal and heal/atk bar boost all in one kit makes him usable in almost every part of the game.

Although a monster that requires pretty good runes to be good, with a provoke to help with the first levels and a constant heal, it would be a great addition if you lack other healers. If you can get to 100% crit rate with just substats (which is ideal), replace the crit rate rune with an HP% rune.

With a def break, atk break, and damage reduction for the rest of the team, he can increase the survivability in both the early levels and the boss stage.

With high tankiness, a provoke, heal, def buff for the team, he will almost always be alive to help your run be secure.

Though not the best here because of receiving neutral damage and not being that tanky, she provides a def buff for the team and buff removal if you don’t have those, so she is definitely worth mentioning.

NOT worth 6*ing, but he provides atk debuff, DoTs, and decent damage against the boss.

NOT worth 6*ing, but if you are in desperate need of a healer, he also slows and helps stuns early wave monsters.

With his first skill applying DoTs, having him on revenge helps whittle down the boss faster, as well ashaving pretty high nuking capability on his own.

The perks of 2 and 3 star monsters are that they are pretty easy to obtain and skill up, though their base stats tend to be a little low, so a general tip is that if they can’t get to over 15k HP at 5, just 6 them.

For all of these monsters, since they have worse stats, if you cannot get their HP above 15k with the suggested rune builds, just switch the accuracy rune for an HP% one. Speed is not something you really want to sacrifice, but if you don’t have a decent speed rune, just use an HP% one until you get a speed rune. Also wherever there is a focus set, if the monster is dying too much, try to switch it for a set of energy runes.

A great shield AoE shield, decent leader skill, small heal and helps applying DoTs makes her a good addition to the team, though with Veremos, I have seen her having trouble making it onto teams.

With high enough accuracy and crit rate, he can take out 30% of the boss’ HP in one skill, as well as applying more DoTs with its’ first skill and reducing the atk bar of the boss with its’ 2nd, this is just a DPS machine, but can be nuked in the early levels if you are not careful with your team comp. Try to get him to 100% crit rate and 60+% accuracy.

Though the only things she contributes to the run is glancing and healing, she is one of the, if not the best healer in the game and is worthy of note.

Great DPS and CC to breeze through the early stages, though can be a little squishy in the boss stage.

People may have him because of the HoH recently and he is worth noting. He puts out a lot of DoTs and provides a def break to aid other monsters in keeping the buff on the boss. The cooldowns are pretty low and has surprisingly high HP.

Though needing to be max skilled in at least her 3rd skill, she can outshine belladeon. Provides a glancing, AoE def buff, heal AND shield makes your team pretty tanky.

An atk debuff to help with suvivability and a revive in case something goes wrong means he just helps the run be more likely to succeed.

Can make sure the boss almost never has the atk buff, which is important, as well as giving a speed buff to the team can help speed up your giants run if it is too slow.

Glancing and a slow makes your runs a little faster and a little more safe.

Galleon is a monster that is useful in many parts of the game, especially PvP, but can be really useful here as well. He makes it possible to just nuke your way through to the boss with his almost endless defense breaks. He can steal attack bar which is GREAT on the boss. His only downside is that it is almost a must that he be skilled up.

She has a lot of damage output, really essential debuffs, self sustain, and her biggest selling point is that she is fusion, meaning you are pretty much guaranteed to be able to get her.

2 DoTs on 1st skill, a branding effect, and self sustain adds many beneficial thing to your run.

Has a decent revive and can freeze on the first skill if critted. What makes her great is the fact that she is fusable.

A full heal, DoTs, natural tankiness, and skill resets makes her good here, but also good in many other areas.

DoTs, skill resets, heal, and def buff make this a viable replacement for Shannon if you happen upon one.

Used in many places, Tyron helps put glancing hits on the boss, can single handedly CC the earlier rooms, and can do a decent amount of damage as well. Definitely one of the top tiered nat 4*s.

Having cleanse and Immunity in one move and a slow on her first makes her an integral part of many GB10 teams.

One of the most infuencial monsters to ever be released. Pretty consistant DoTs and a pretty reliable AoE stun (when max skilled), an amazing leader skill (33% HP everywhere), along with removing a debuff from everyone EVERY turn, along with the base stats of a nat 5* make him an auto-inculde on most teams everywhere in the game.

Great DPS and hard to get nuked down if you have multiple sources of heal on the team.

Helps apply DoTs on the boss and great CC for the early waves.

Great Leader Skill (44% in dungeons), AoE atk break makes survivability more likely, though don’t forget to put some substats into HP and DEF as it tends to be a bit squishy.

I am only going to list the monsters that you can get guaranteed, as some people don’t have any nat 5s. If you do happen to have one, just take a look at it’s skills. If it contributes some things that a GB10 team needs, then it will probably be worth switching something out for it.

(Post your teams and I will put you in here. If you can, please include your run time.)